Autonomous driving trucks are a question of 'when', not 'if'. Discover how vehicle autonomy is helping improve fleet efficiency and safety.

The world is witnessing a huge surge in media articles, social media conversations and public debate on the subject of autonomous vehicles. This rising interest reflects the technology advances and significant investment being made to make the vision of autonomous driving a commercial reality. While widely seen as a game-changing innovation dominated by car manufacturers, autonomous driving capabilities have gained notable traction in the commercial vehicles industry. Indeed, driverless trucks could become commonplace well before driverless cars become the norm.

``Self-driving trucks will take over before self-driving cars.`` - Digital Trends

The financial benefits of automation, largely derived from enhanced efficiency and productivity, is likely to be far greater for commercial vehicles than personal cars. At its simplest level, this is clear when comparing the time a commercial vehicle is in use when compared to a car. Additionally, automation beyond trucks, including all kinds of goods and people movers from taxis and buses to distribution vehicles, inevitably create a larger impact on industry economics and related drivers for advancement in this area.

The path towards full vehicle autonomy is being mapped at a pace never before seen but the end destination is not immediately visible. While key functionalities have been automated with heavy trucks, in particular, leading the evolution, there is a long way to go before fully autonomous commercial vehicles become a reality. When full autonomy can be expected varies and depends very much on which task needs to be automated. In controlled environments such as shipping ports, mines and large industrial sites, commercial vehicles such as trucks, tippers or loaders have already witnessed the use of autonomous technologies.

However, automotive manufacturers are now experimenting and expanding the deployment of autonomous vehicles from controlled sites to the highways with truck platooning technology and with Traffic Jam Assist and Highway Pilot functions.

Commercial vehicle automation on highways will increase operational efficiency which, in turn, will result in significant productivity gains and overall cost savings for operators. Nevertheless, implementation of autonomous driving will continue to present significant challenges.

Indeed, capturing a driver’s ability to operate a vehicle based on an accepted driving code is just one component. Consideration must also be given to the variables of real-world driving such as intelligently making way for priority vehicles, including fire engines and ambulances, as well as managing the challenges of breakdowns. This is further complicated by the sheer complexity of vehicle’s systems architecture as well as weather restrictions and legal frameworks which need to be addressed.

However, automating commercial vehicles within in the depot environment is much more feasible as speed and regulatory requirements and regulations are low. Of course, the potential savings within the yard environment are also lower because the operation time and volume requirements offer limited opportunity to reduce overall costs. This, in turn, means the benefits of automation for commercial vehicles in controlled sites needs to outweigh the costs involved.

So, for greater commercial viability autonomous vehicle technology needs to reach public roads. Implementing vehicle automation on highways requires technology developments including the decisive further development of advanced driver assistance systems that not only fully support drivers in safety critical situations but fully take on all aspects of the driving function.

Vehicles will always now be designed to remain connected, communicating with each other as well as with users, to enhance safety and bring ‘Vision Zero’, the goal of a world without traffic accidents, closer to reality. Based on the premise that human drivers make mistakes, autonomous vehicles must increasingly be designed to ensure that these mistakes are avoided. As a result, trends stemming from connectivity, enhanced safety and complete automation will drive the evolution of autonomous commercial vehicles over the next few years.

Currently, China is leading the charge towards autonomous commercial vehicles, closely followed by the U.S. This global competition will help ensure that drivers of commercial vehicles in the future will receive more assistance than ever before. The increasing adoption of Advanced Driver Assistance Systems (ADAS), from advanced emergency braking systems (AEBS) to lane departure warnings, is fueling further technological advances at a pace never before seen. Indeed, studies have shown that assistance systems such as AEBS have the potential to reduce road traffic collisions by 52% overall and, on motorways, by as much as 90%.

Building on this drive toward greater road safety, commercial vehicles will increasingly be able to avoid obstacles, even stationary obstacles, by transmitting supporting signals for lateral guidance to the steering system and combining longitudinal and lateral guidance on the motorway. In a vast range of daily applications, ADAS will support commercial vehicle drivers in situations such as keeping a safe distance from other vehicles and lane keeping, enabling them to drive safely and more efficiently.

Autonomous driving is nearing the final stages of evolution. While full vehicle automation will not take place overnight, by the time it fully arrives the innovations in ADAS will have made mobility considerably safer by seamlessly supporting drivers through a wide range of potentially critical situations.

The biggest impact of commercial vehicles will arguably be seen in cities, where environmental and sustainability issues are calling for immediate action. Electric vehicles, particularly city buses, could see increasing levels of automation as early as 2025 in depot operation. A new class of commercial vehicles will increasingly appear in cities. These will likely be guided by cameras and Lidar sensors and will move autonomously with a limited maximum speed. These vehicles will also optimize space including possibly delivering goods straight to homes.

In the depot, vehicles in 2025 will most likely be connected via telematics and vehicular defects detected before failure and optimally repaired to avoid breakdowns. Smart systems will pinpoint anomalies in operating data and warn the driver when repairs are needed. For a bus depot this could mean that electric buses could drive autonomously to the nearest charging station and return to parking spaces after recharging aided by active steering and yard automation systems.

The journey to this exciting future, however, is unlikely to be a completely smooth one. Challenges such as the availability of affordable and reliable Lidar sensors, cost-effective computing power, and sensors for continuous condition monitoring will need to be overcome. Release procedures for complex algorithms and environment scenarios, as well as regulations for the operation of driverless trucks, will also require careful negotiation.

However, the efforts and resources being invested in modern technology and innovative solutions are already making commercial vehicles smarter and safer. Going forward, next generation ADAS will increasingly redefine commercial fleet driver safety and vehicle efficiency, resulting in significantly reduced overall costs and taking us closer to ‘Vision Zero’ in eliminating traffic accidents.

Starting from real world deployment in fenced areas and fixed regional routes, the adoption of autonomous vehicles can be gradually and positively realized. Once lower risk applications are successfully accomplished, increasingly complex automation can be advanced for usage at scale. This will place entirely new demands on the automotive industry. It will require cooperation between established OEMs, leading suppliers and new industry entrants on everything from hardware to software systems but will ultimately pave the way to realizing the vision of autonomous driving.

Looking for a solution? Get in touch! 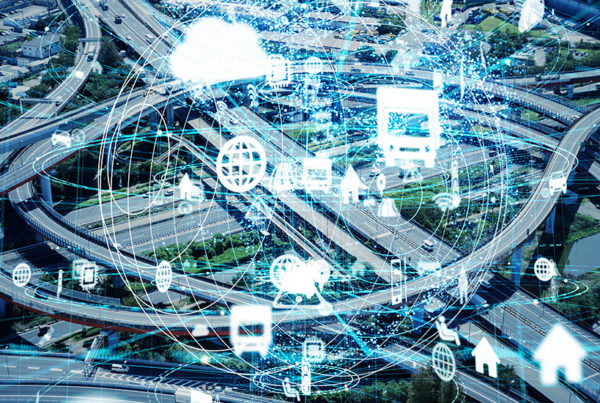 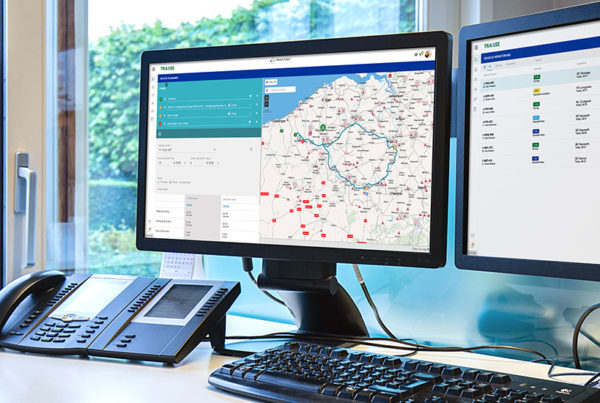 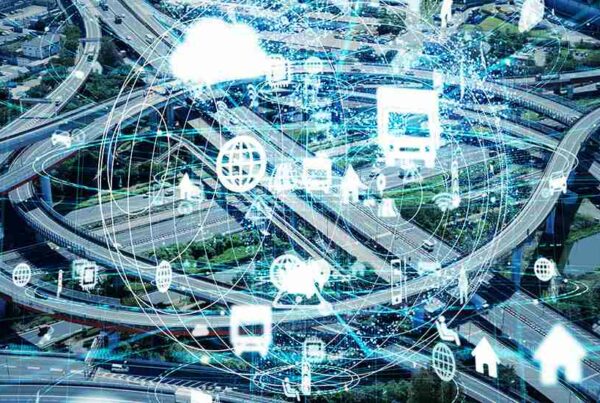 Big Data and its impact on road transportation